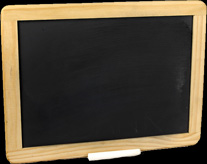 I’ve not used my website much over the past year. At times I wondered if I even needed a website anymore, even considered closing it down. However this seemed to be part of an overall “designer’s block” I was having in regards to designing anything. Whether it was a signature for a forum, or a full blown layout, I just couldn’t seem to get into it anymore. But like most “blocks” it eventually lifted.

Late last year I worked on an international website project with members all over Europe. I spent a lot of time working on that site and learned quite a bit about WordPress, and even more about CSS then I thought possible. It was then I started to consider my own website again. After the project was finished it was made clear to me I should get a portfolio up, to show my work. I knew this, and in some form or another I’ve had portfolios up. It was a few months before I made any substantial progress in a design for myself, however. Why so long? Well it was difficult to settle on what exactly I wanted to do. It didn’t help that I was depressed because of the weather. You would think that it couldn’t get grayer, right? Well you’d be wrong! A few weeks ago the weather here started to improve, the sun came out from it’s seemingly months-long vacation, the temperatures started to approach “mild” as opposed to “frigid”. Boy is it nice to see the sun… even if I’m sleeping during the day!

Suffice it to say I was finally inspired to redo my website, which I decided out of the blue to do one day. I even went so far as to delete the old content system, along with any files on the main domain (after making a backup of course). It’s taken me a few days to finish coding my new design, and I’ve to say I’m rather happy with it. It seemed like whenever I redesigned my site I also had it in my head I should do so “for others”. Who these “others” were I couldn’t tell you, but I’d never really done a design completely for me, ignoring “others”. This is what I came up with. I know it’s not very Web 2.0-ish, but I like it dammit.

So I start the new year, a few months late, with a ‘Clean Slate’. Which is what I’ve decided to name this particular version of Kupatrix.com’s design. Expect to see me post regularly every few days from now on, including quite a bit centered on Druids from World of Warcraft, Movies or TV Shows (Thanks Netflix!), some inane geeky thing, or a rant. I’ll also be adding a portfolio-like section to the site, though I feel hesistant to include any of my old work, since nowadays it seems rather “noobish”, to coin a phrase from gaming.﻿