via: Dev Watercooler: Flying in Draenor

Props to Blizzard. It feels strange that no-flying was even on the table, and from what we’ve heard over the past couple of years makes it clear it was even a controversial topic internally.

Like I get that there was a sudden influx of former wow devs or whatever from Titan and that likely saw a shift away from the direction WoW was going, but to have a feature in the game for SEVER YEARS be pulled in current and any future content over really dumb reasons (No one expects to be flying while leveling up, besides Cataclysm, literally every other expansion was first consumed on the ground) was just super dumb — even worse was that it was “announced” on a third-party site, on a Friday before a holiday weekend — seriously, guys?

WoW is the most popular mmo for a reason, and they’re one of the few mmos to even offer flying as a feature, so it just seems dumb to pull it out after 7 years. Although it would have been a huge boost for FF14’s expansion, which ironically enough, introduces flying in their expansion coming out in a couple weeks, heh. 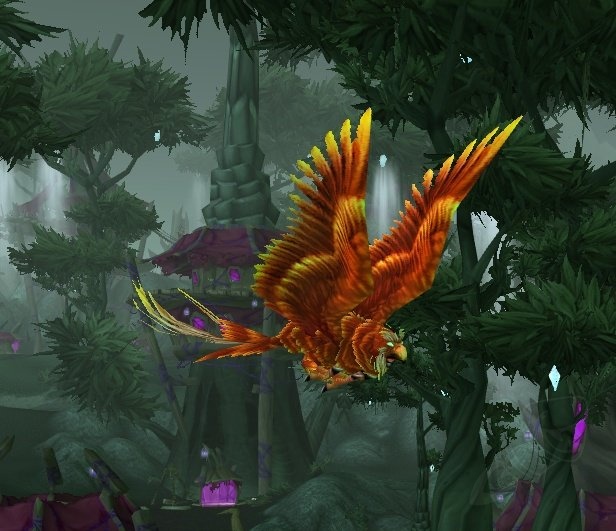 I’m also wondering why TBC was the only expansion where we saw anti-flight areas in the game — surely I’m not the only one who remembers the anti-air cannons, and those bastard Kaliri mobs over skettis am I? Why did they stop adding stuff like that?

Hell Dreanor would have had an awesome setup: You can’t fly when you first come, because you wanted to keep a low profile at first, and the Iron Horde had anti-air cannons or whatever, but then as you quest through and beat back the horde in the various zones and once you reach max level and have the highest level Garrison you can then unlock flight because you’re the Hero that helped break the Iron Horde’s grip!

The new way to acquire flight is kind of like that, where you need to hit up every quest and a lot of the treasures and other zones, but I would have preferred, I think, a really cool lore-filled quest-chain like they talked about before the expansion.

Still I think it would have been cool that if you fly over BRF, Iron Docks, Highmaul, or (in the future) areas of Tanaan you risk being shot out of the sky.

Also, personally, I find it sort of lame with how much choice they’ve pulled from the game in recent years, and this was just another one — like I get if you don’t like flight, but forcing others to the ground is just sort of lame.

Bottom line, IMO, is that flying is just fun! It’s great that there are folks out there that dislike it, but WoW has had flight for seven years. Now, hopefully, Blizzard can address some of the other shortcoming of the expansion — personally I would like to see more non-raiding content (I can’t believe I would ever miss the days of Pandaria’s dozens of dailies, but at least those gave you something to do out in the world). Also what happened to telling a story like we got from the 5.1 daily factions? I loved that! Dailies and then every few days a new story quest was just really fun! They even talk about those being very popular, I specifically remember talk about it before the expansion and then WoD launches and nothing.

Factions should be more than just grindy, is Sha’tari Defense the precursor group to the Skyguard? If so why don’t we get some cool little stories involving them? How cool would it be to help them discover and train Nether Rays?